A matchday for the goal scorers! 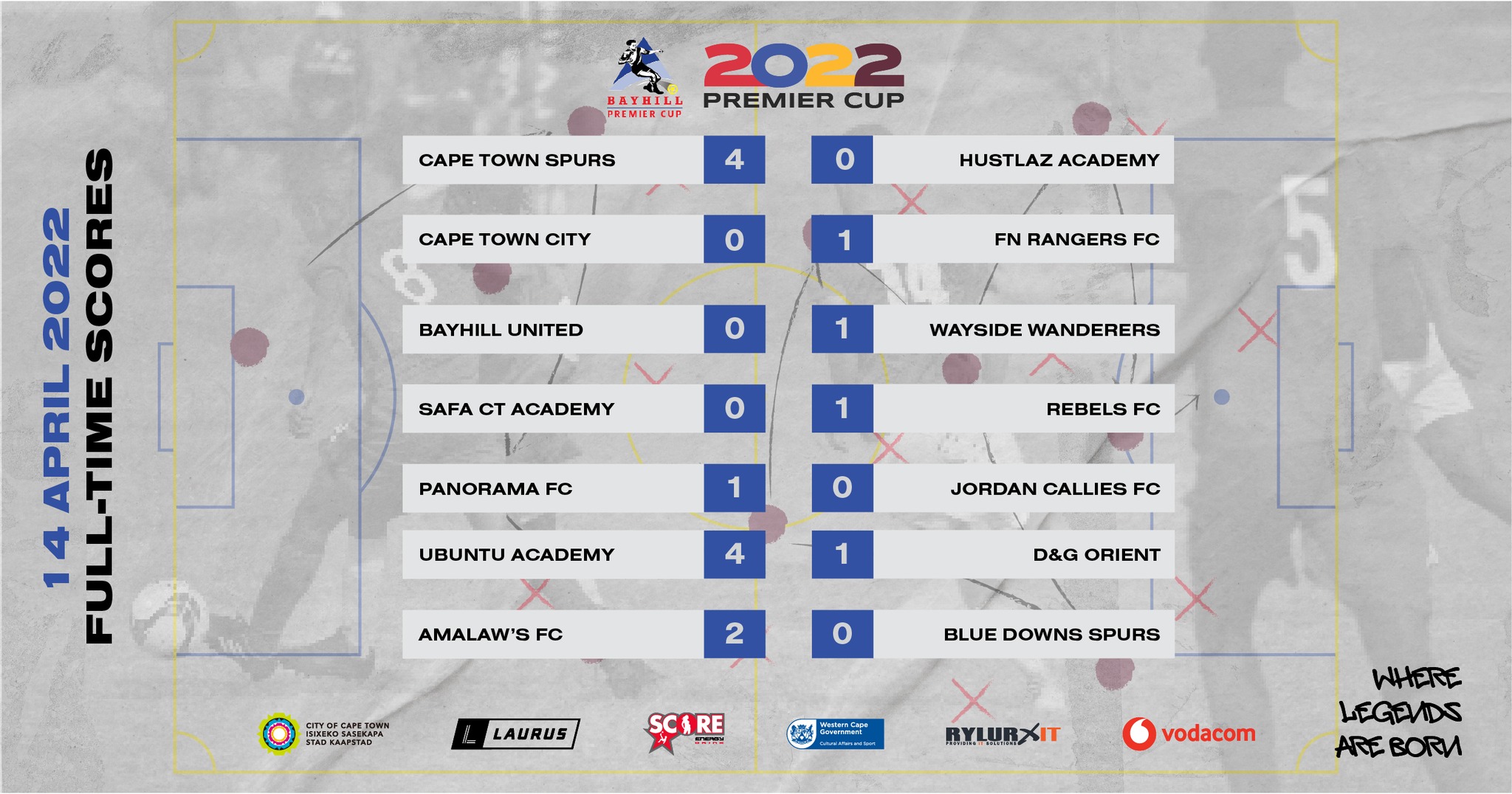 The Bayhill Premier Cup match day 2 was an eventful day filled with major upsets, successes, and a collection of goals.

Bayview FC registered the biggest win of the day over City Strikers as they put 5 goals past them. Bayview regained their winning ways after suffering a 1-0 loss to Hanover Park on match day 1. Ubuntu Academy put 4 goals past D & G Orient and seemed to be quite confident in their team and style of play. Greenwood showed Pine Stars flames as they scored a total of 4 goals to secure a comfortable win during the last match of the day. 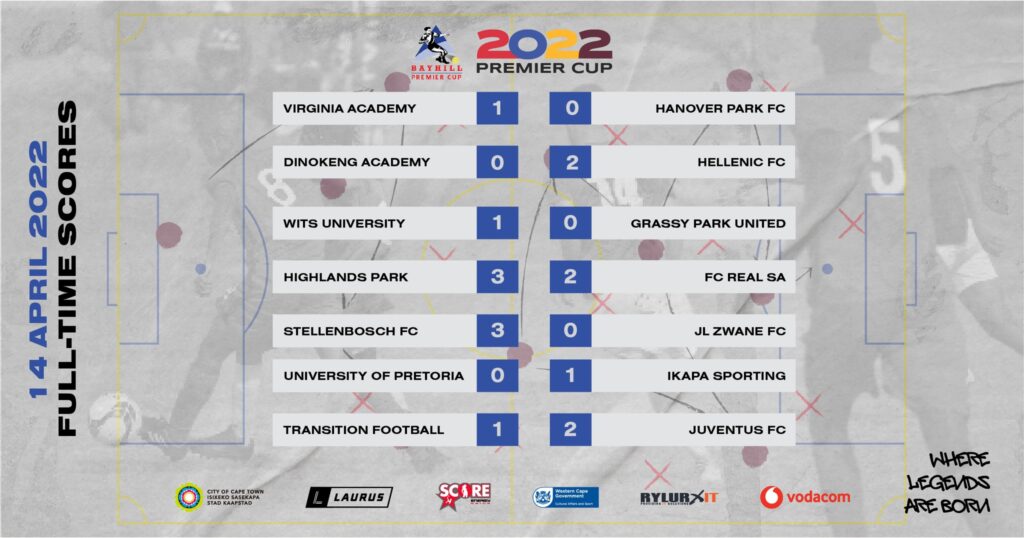 Cape Town Spurs dominated their match against Hustlaz Academy scoring a total of 4 goals. Cape Town Spurs are off to a strong start showing their team quality in their first match of their campaign. FN Rangers showed perseverance as they walked away with the spoils against Cape Town City as they snatched a second half goal. FN Rangers are unbeaten in their group and seem to be a favorite amongst the Premier Cup fans. 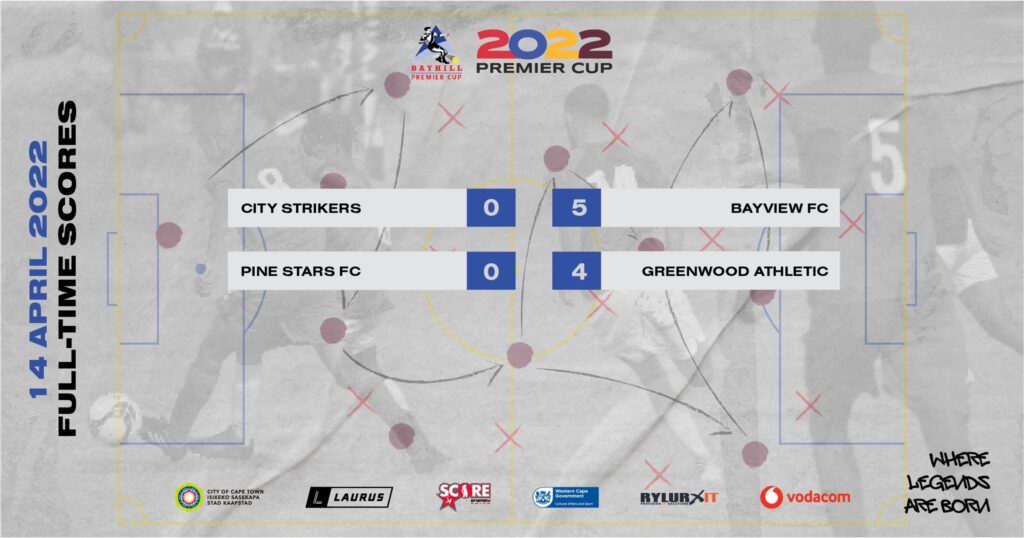 First time Premier Cup contenders, Panorama FC showed they are a force to be reckoned with as they pushed for a 1-0 win over Jordan Callies. Panorama FC wasn’t fazed with the first-time pressure and seemed confident and comfortable. Premier Cup title defenders Highlands Park maintained their bragging rights as they fought for a 3-2 win against FC Real.

Fresh off their 1-1 draw against Hellenic FC, JL Zwane suffered a 3-0 loss to Stellenbosch. The Stellies side showcased a dominant team presence and is a team to look out for at the 2022 Premier Cup.

Match day 2 gave us a preview of what is in store, and as more fans came out to support, I can tell that the Premier Cup was surely missed. The cold weather is not enough to keep the clubs’ loyal fans from coming out and showing their team all the love, passion, and support. The fans are a vital part of the Premier Cup and without them the competing teams won’t have anyone to showcase their skills and abilities for.

The official opening ceremony takes place at 18:45 Friday 15th of April at Erica Park, Belhar. It is set out to be an exciting day filled with entertainment including the annual fireworks that we all missed so dearly. The stage is set as Highlands Park take on D&G Orient in the official opening match of the Bayhill Premier Cup 2022.