The Bayhill Premier Cup is back! 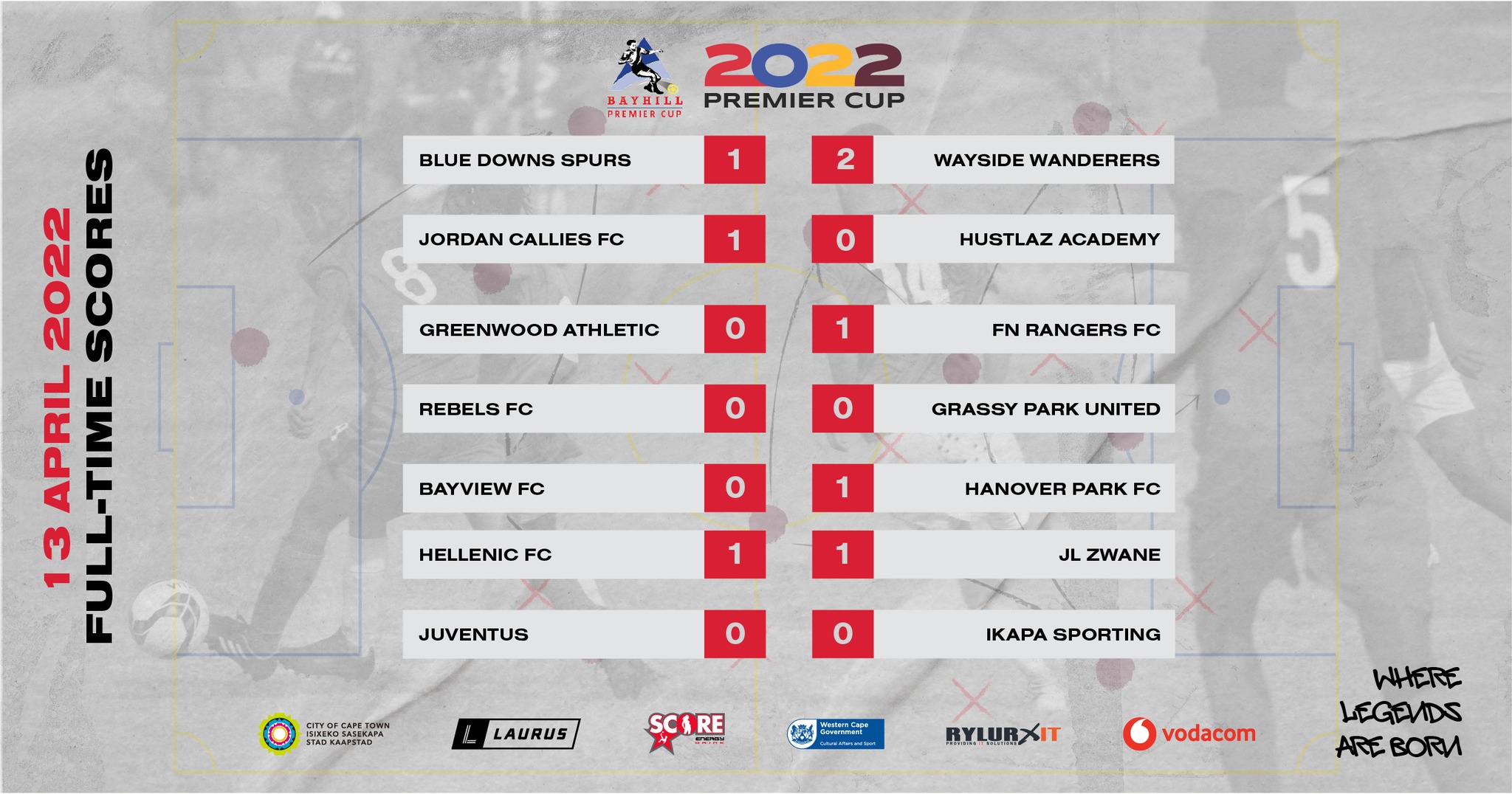 Jordan Callies came out victorious against Hustlaz FC with the number 11 Fawwaaz Kippie being the only goal contributor. Group D kicked off their Premier Cup campaign as FN Rangers won Greenwood Athletic 1-0 in a very challenging match up.

Group E Grassy Park vs Rebels FC fixture played out to a 0-0 draw, both teams had a lot to learn from today’s match.

Hanover Park vs Bayview FC kicked off Group H ,as Bayview FC gave away a penalty to Hanover Park’s well – structured team that eventually won them the game. Unfortunately, Hanover Park lost a player as he was tackled during the match that resulted in a knee injury. We at the Premier Cup wish him a speedy recovery.

The Group F tie between Hellenic and JL Zwane, showed Hellenic start of strong and remain dominant throughout both halves. JL Zwane finally broke through as they finished the game with a late equaliser to share the points.

Matchday 1 ended with a 0-0 Mitchell’s Plain derby draw between Ikapa Sporting and Juventus FC. These two teams and their fans ignited the 2022 Premier Cup spirit. The result may have ended in a draw, but the match was a winner.

Matchday 2 shows a lot of promise as host club Bayhill open their Premier Cup campaign against Wayside Wanderers. Both local Cape Town sides will be in action. Cape Town Spurs take on Hustlaz Academy while Cape Town City takes on FN Rangers. With a 16-game match day you can look forward to a lot of goals, wins, and upsets.

Entry fee R15 per person & R15 per vehicle. Spectators are allowed and no vaccination card needed

The Bayhill Premier Cup 2022 was successful on their first day back and I have a feeling that the talent and match quality from this year’s Premier Cup will be the best yet!