The Last of The Group Stages 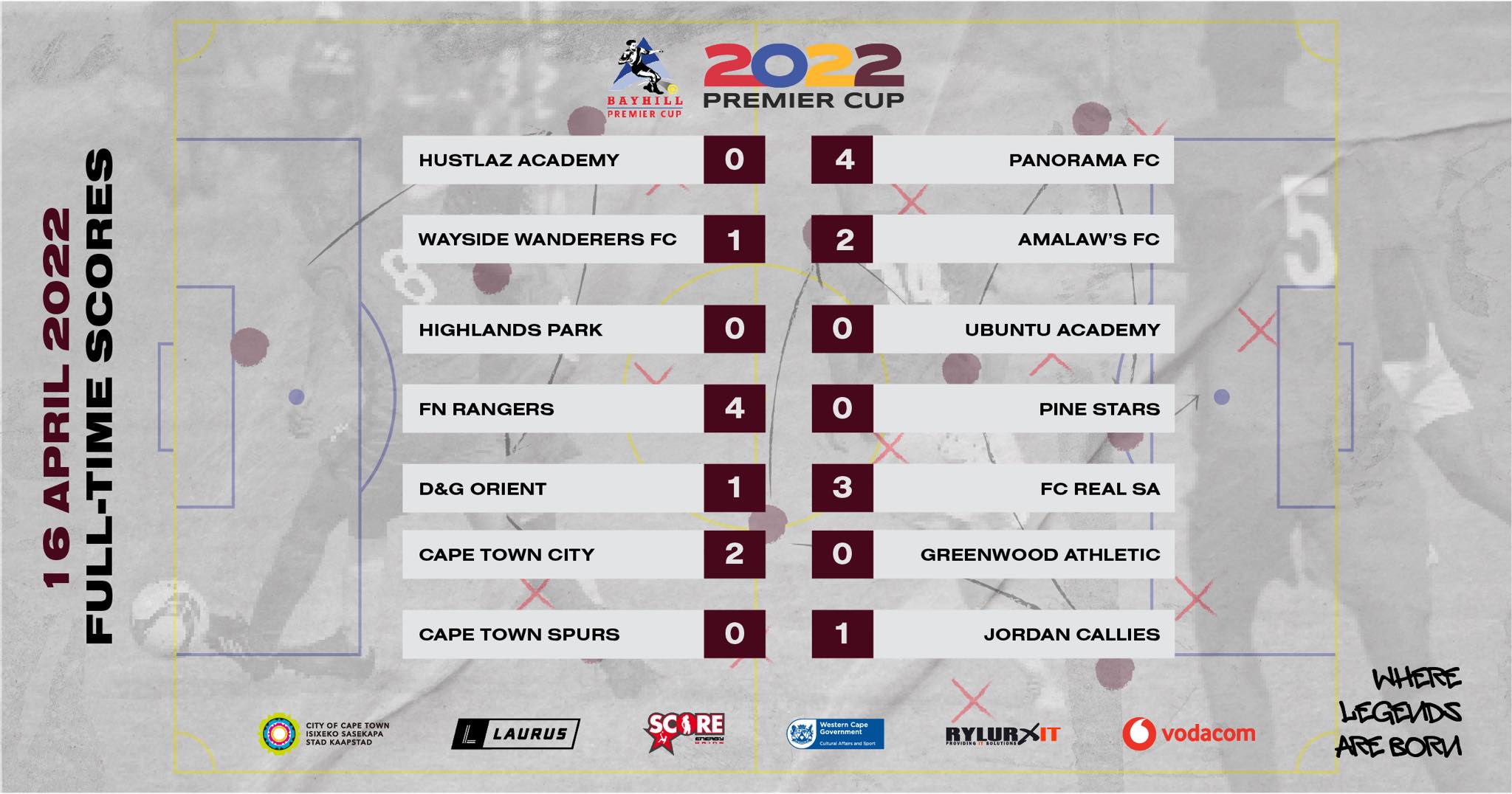 Day 4 of The Bayhill Premier Cup 2022 ended as we wrapped up the group stages and headed towards the business end of the tournament. 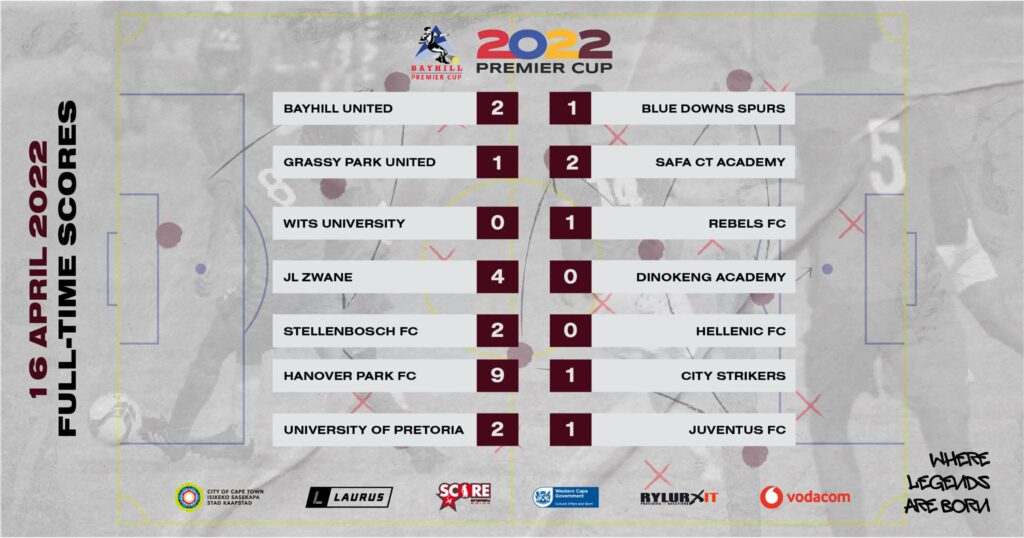 The final group matches were a must win for a few teams as they set out to qualify for the yesterday afternoon’s Round of 16 match up.

During the final group game Amalaw’s FC got a 2 – 1 win over Wayside Wanderers, this saw them go second in Group B and qualify for the Round Of 16. Hanover Park ripped City Strikers apart with a 9 – 1 score line this saw them through to book a place in the Round of 16. 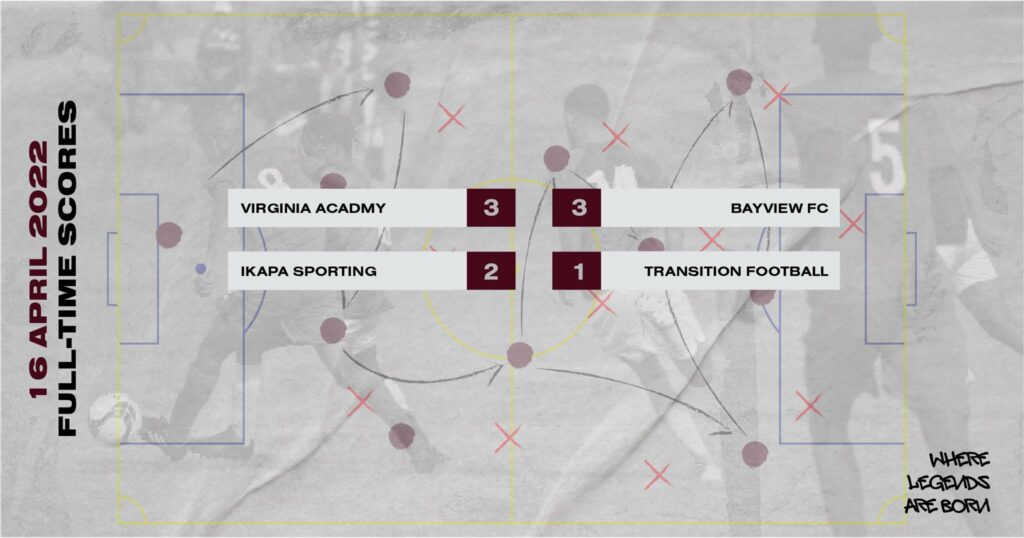 The Round of 16 matches kicked off at 15:00 and the teams were ready as ever. They knew that they only had one match to make it happen. Some matches were easier and others but in a knockout round you never know.

Ubuntu Academy continued their strong run as the knocked-out Cape Town City 1 – 0 during the first match of the Round of 16. 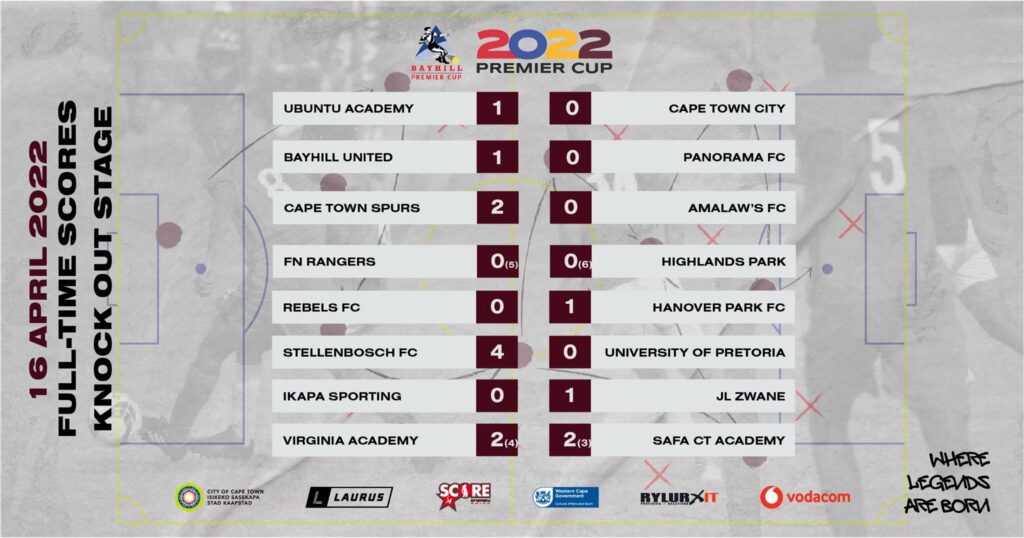 Virginia academy and SAFA CT Academy was the last Round of 16 match up for the day and they provided us with a game full of action. Virginia academy lead 2 – 0 as SAFA CT fought back to level up the score just as the referee blew his final whistle. Virginia held their own and booked the last place in the quarterfinal over SAFA CT as a penalty shootout went their way.

Come out and enjoy the day of football as our youngsters show us their drive to win and their fighting spirit.

We are so close to the crowning the Champions of the Bayhill Premier 2022!

PrevPreviousThe Opening Night of the Bayhill Premier Cup 2022
NextWho will be crowned The Roger Clayton Trophy Champions of 2022?Next